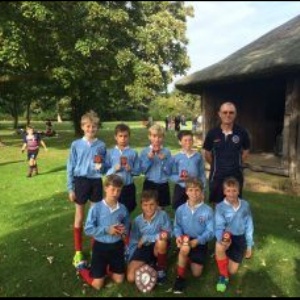 The U11 rugby team travelled to the Old Buckenham Hall Rugby 7's tournament on Saturday and came away crowned as champions.

With the tournament being played in a round robin format, the boys played 6 matches against a variety of Prep Schools and Rugby clubs. Scoring 35 tries and only conceding 4, the boys played some fantastic rugby and proved too strong for their opponents.