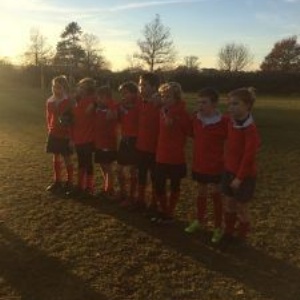 The U11 rugby teams played their final match of th calendar year against St Margaret's and both teams came away with victories against a spirited home side.

The B team contested an evenly fought match  with some good rugby played by both sides. Tries were scored by both teams and St Margaret's ran in two first half tries after some weak tackling by the Dame B's defence. A much improved second half and the realisation that by passing the ball wide and attacking space was in fact a good idea, led to Dame B's crossing the try line a further three times to win the game 35-25.

The A team played some good physical rugby and showed good ball handling skills to score a number of unanswered tries against their opponents. The first half saw Dame B's being out muscled at the contact areas with St Margaret's turning the ball over on a number of occasions but the defence held firm. An impressive second half performance saw more tires scored. Credit must go to both teams who never gave up until the final whistle. Final score 40-0.

It has been an excellent term of rugby for the boys and all should be extremely proud of their efforts. 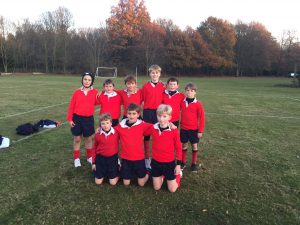